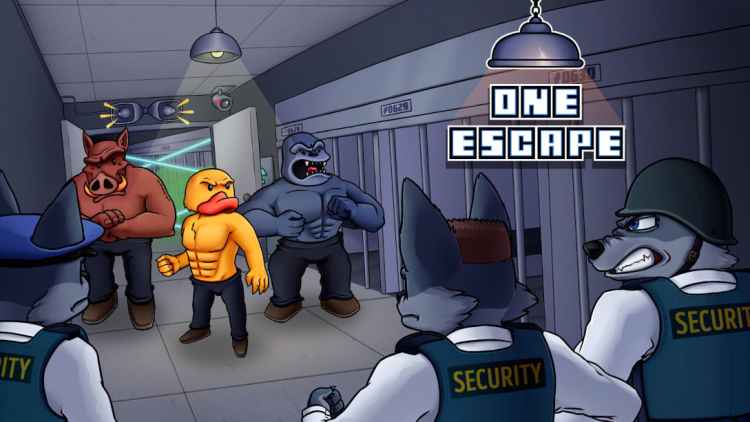 One day three friends, a duck, a gorilla and a pig, decide to rob a bank. Unfortunately, things went wrong and the police came. Unable to escape, the three thieves were arrested and taken to jail. They are not the ones resting on their laurels, but these cowardly criminals need to get smart and make the most unlikely escape from prison. Can you make sure all three of them get away? 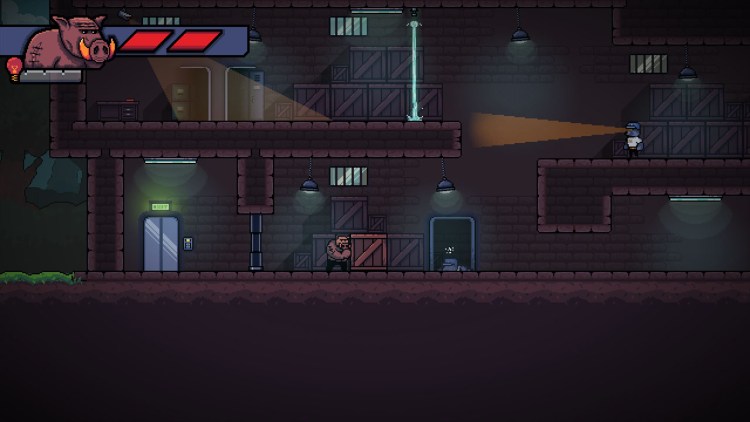 One Escape is primarily a stealth/thinking game where each level is a mini-thinking game with the ultimate goal of escaping safely. You have to take out the surveillance cameras and laser beams, hide in the shadows, do your best not to get caught, and move on. Some of the later levels require players to search for security cards to open doors, and there’s constant back and forth in the same single-screen level; I’m starting to think the developers played too many old-school DOOM games where you had to constantly search for color-coded key cards to progress.

The game is divided into 60 levels for the 3 characters, with 20 levels each getting a little harder as the game progresses. The three characters are independent of each other. So you can play a few levels with the duck, and then switch to another character. Each character has unique abilities. A duck can cross canals, a gorilla can climb specially constructed walls, and a wild boar can break through wooden crates and move inside to get higher. Apparently all three can also hide in the dark shadows to avoid being seen. But like a boar, why hide when you can be an asshole? 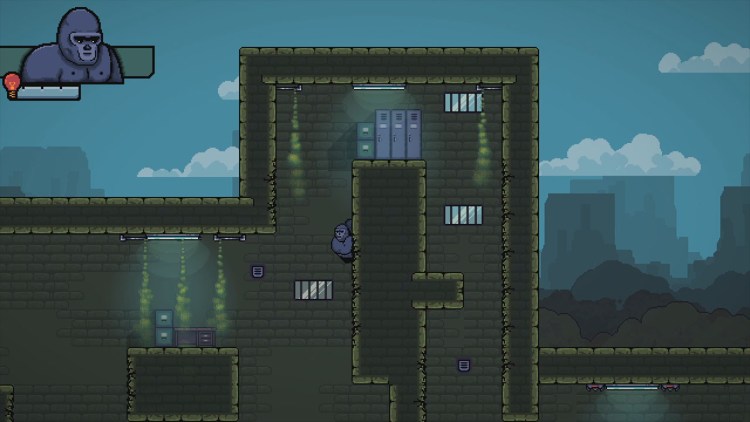 Fortunately, this allows for more varied and flexible gameplay. The ability to juggle three different characters helps avoid repetition; after the first five levels as a duck, I knew it would get pretty boring. I noticed that you can switch characters in the main menu, so I can try out different characters and switch from one character to another to avoid monotony. Sure, the difference in gameplay isn’t that big, but it’s those little nuances that make the difference between enjoying the game and getting bored after a few minutes.

One Escape looks good with its grainy graphics; but because it takes place in a prison, the levels get boring and monotonous after a while, as you shouldn’t expect the prison interior to have a flashy design. The only thing I can think of is that they made the levels look familiar and consistent. As for the soundtrack, each character has a common dystopian theme running through each of their levels. Nothing special, but it fits the theme well. 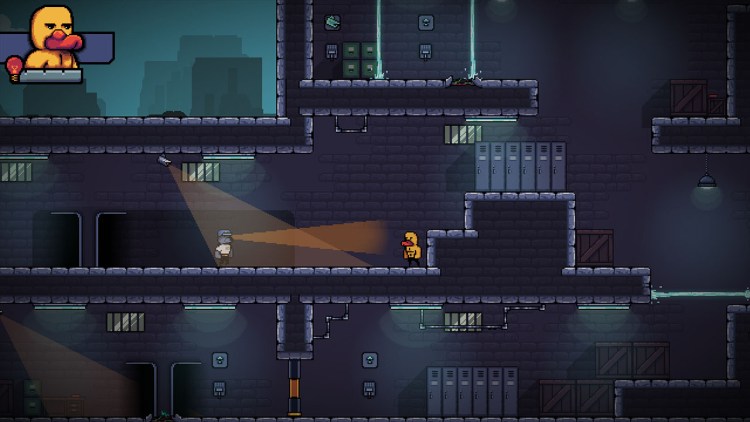 A breakaway caught me by surprise. At first I was expecting a monotonous and repetitive game, but once I was able to start and try out all three characters, I had fun alternating between things and juggling all three characters. Despite the characters’ unique abilities, the 60+ levels do get a little repetitive, but playing the game in short bursts keeps it fun and lively. I would definitely recommend One Escape.