My Call of Duty account was stolen and here’s how I got it back!

By Vaibhav
April 22, 2021
World Gaming
- Advertisement -
- Advertisement -
Pirates and thieves are a growing problem around the world, and it’s no surprise that this is also the case in the gaming industry. This problem has been around for a while, but we’ve definitely reached a point where companies need to do more to protect consumers….. I’m looking at you, Activision.

As the title says, my CoD/Activision account has been hacked and stolen. Luckily for me, it was restored the day before the start of Warzone/Cold War season 3, but not without a lot of hassle. This is my story. I’m about to leave the house to run some errands when my phone gives out email alerts. I don’t flinch when my phone sends a notification, but I got 4 emails in a row from Activision, so of course I looked. 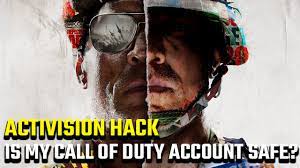 Anyway, I try to log into my account and of course it fails, but there is a little banner floating over the page asking me to report suspicious activity and get my account back. Wow! This is exactly what I need! It should be easy! It was easy, but at the same time a rather empty experience.

Last week I posted about Activision’s lack of customer support, and the fact that my account was stolen triggered this topic. I clicked on the account recovery banner and filled out my information as requested. When I was ready, I was told on the website and by email that it would take about 10 business days to process my application. Well, it took about 14 days, and I got my account back, and I immediately updated my security credentials after that, including the second stage of verification.

If you’re like me, ten days seems like a long time to wait, and I really wanted to speak with a customer service representative to reassure myself and maybe speed things up a bit. My account was apparently stolen, and I have all the information I need to prove it, as well as information on the hackers, since the CoD app kept me on the system and I could see their information. Unfortunately, there was no one to talk to. Activision has discontinued support on social media, most chat rooms for support and the company’s phone number just redirect you to the website for help.

Those who play CoD regularly will know what I mean. I’ve invested a lot of time and money in the CoD series. Our skins are no longer linked to our PSN or Xbox accounts, but to the Activision accounts we own. It was so easy to lose all my skins, all premium content, not to mention my MW, WZ and CW stats. I’ve built up quite a collection over the last few years, and I couldn’t believe how easy it was for someone to take it from me.

You may recall that in November 2020, Activision’s database was compromised and over 500,000 Activision accounts were exposed. I’m embarrassed I didn’t change my password and activate the second check. Activision denied the allegations, but the company clearly lied, because I don’t think anyone picked me out of millions of players and bet on my account being stolen. I’m pretty sure Activision hacked and took down my information and someone bought my account from a hacker. 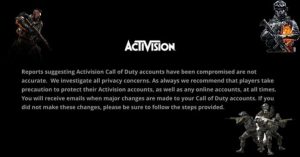 I’ve talked to tons of players who were in the same boat as me, and many of them had their accounts stolen around the same time as mine. Of course Activision is true to their word that there was no data leak, and while I think they are lying, they cancelled their social media and chat support system the same week my account was stolen. Too casual and unfortunately the company is not held accountable for their poor service tactics.

I ended up like a few times, got my account back, and just to be safe I would recommend everyone change their passwords and turn on second step authentication to be safe. If your account has been accidentally stolen, you should immediately go to the Activision website and begin the recovery process. Hopefully Activision invests some of the billions it makes and rehires customer service people. I’m telling you, they’re cheap!

How do I find my cod score?