When Zen Studios first announced the new Star Wars Pinball game for VR, many were skeptical if it would truly be a memorable experience. After all, how could you possibly recreate the movies on a virtual platform? Well, you cant, but Zen Studios did the next best thing and created a 4-pack of themed tables that allowed you to live scenes from the Star Wars universe.

“Star Wars Pinball VR” is a game that is a must have addition to your pinball collection, whether or not you are a Star Wars fan. The graphics are crisp, the tables are fun, and it has enough challenge to keep you playing.  In short, it’s a great addition to any gaming library.

I never understood the appeal of traditional pinball video games. What is such simple but exciting entertainment in real life, when converted to the television format, is usually reduced to skinny tables and lame play. However, I wanted to try Star Wars Pinball VR. Not only because I love almost every Star Wars game (although Jedi Arena was, is and always will be a shame), but also because virtual reality can make even the most mundane activities so much more fun through immersive play. Boy, that made table tennis a lot more fun than it had to be.

While, as expected, it doesn’t offer more than the bare minimum for an immersive VR world, Star Wars Pinball VR still proved to be great fun, making you feel like you’re playing pinball on Star Wars tables while offering enough fan service to make even the crankiest of nerds happy with the final product. 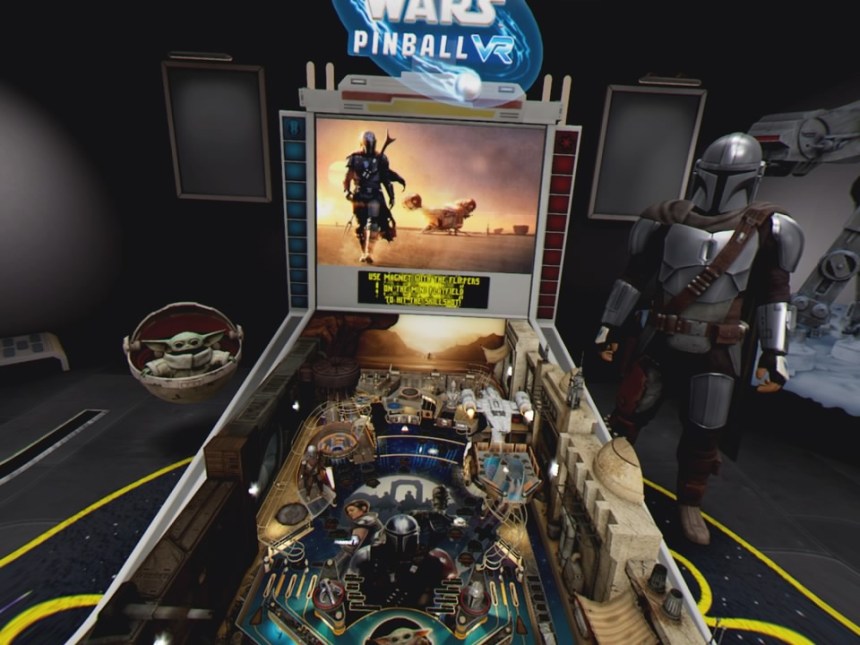 This is the way… to play pinball.

It’s not exactly an identical port of the nineteen tables available in the mobile version of Star Wars Pinball. For starters, there are only eight tables, but that’s not necessarily a bad thing. All eight are well designed, with small objectives and mini-games to set them apart. It also gives you many reasons to take the time to do each. The VR capabilities only do the bare minimum to immerse you in the action, but I’d be lying if I said it didn’t work. I felt like I was playing a real pinball game, and there isn’t a person in the world who hasn’t had fun with it at least once.

The fact that this is a Star Wars game is also a plus. That means it’s all about your favorite nerd franchise. The game begins by entering your man cave, which you can decorate with a bunch of Star Wars memorabilia that you earn by completing the above tasks on each table. They can be life-size replicas of Stormtroopers or real Star Wars figures that you owned as a child or dreamed of owning. Plus, you can now decorate your entire HOME with it! Tell me that’s not funny. I dare you. 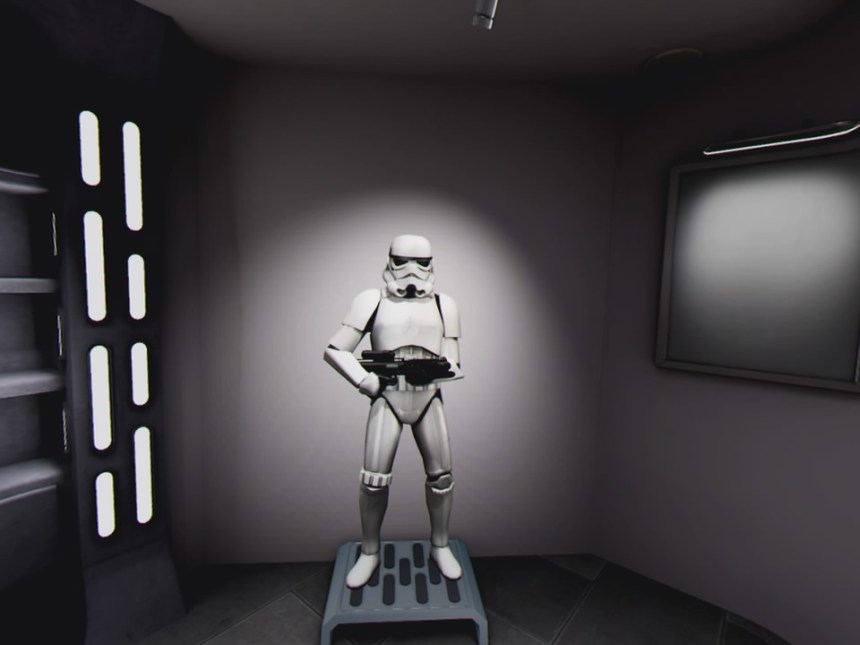 You can pretend you don’t know, but everyone wants a life-size Stormtrooper costume.

Like almost all Star Wars games released after the invention of the sound chip, Star Wars Pinball VR has a completely clean soundtrack. It contains all the familiar themes and songs from all the movies as well as the Rebel and Mandalorian TV series. There are also voice recordings and classic sound effects, such as the sound of the TIE Fighter’s engine. Finally, familiar characters like Luke, Vader, Mando and Grogu appear on their respective tables during the game. Of course, it’s easier said than done to watch them and not lose the ball. But I enjoyed the inclusion, even if the character models suffered from the damn poor quality of being rendered at 60fps on PSVR.

As fun as Star Wars Pinball VR is, it’s far from a fully realized gaming experience. First, there is the already mentioned problem of graphical accuracy. It’s beautiful, of course. Not that it would be great to see a full-size speeder bike in VR, but the reduced resolution also has a direct impact on gameplay. Depending on the amount of detail on each table, or if you have vision problems, watching the ball can get pretty annoying. 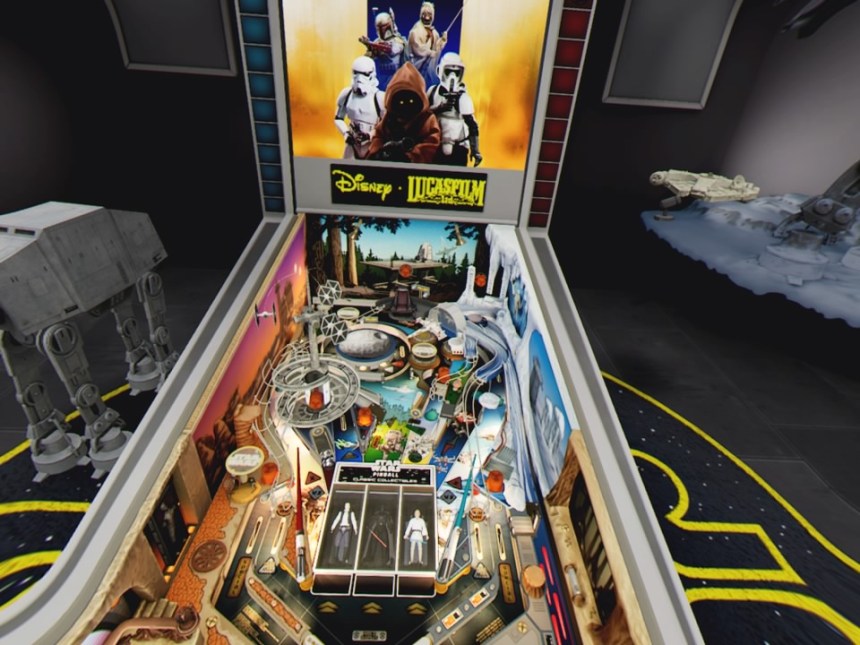 All the figurines you always wanted as a child.

Finally, Star Wars Pinball VR is suffering from a lot of bugs at the time of writing this article. Some are trivial, like. B. the camera moving like you’re drunk, or the sudden crashes that sent me back to the PS4’s main menu, which happened more often than I expected from a game like this. Of course, these occasional problems can be fixed by patches, and I hope Zen Studios comes up with a solution in the coming weeks, but losing a high score due to an unforeseen internal coding problem frustrates me greatly. 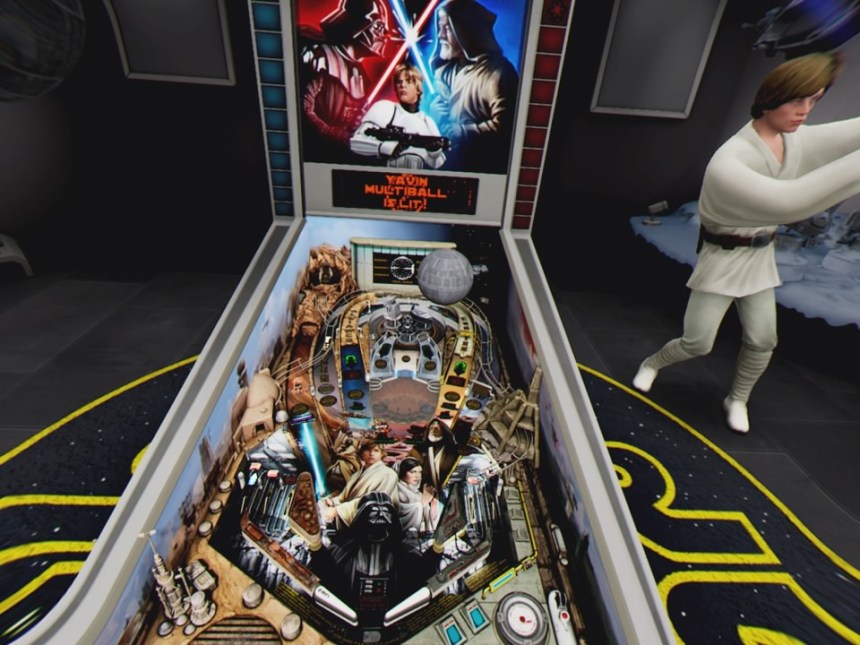 Luke is minding his own business and not reaching out to me with his power. ….

In short, Star Wars Pinball VR isn’t just a good pinball game or a good VR game, it’s yet another decent Star Wars video game released in recent years. It shows that the franchise is finding its place in the video game landscape much faster than I thought. While it only offers the bare minimum for an immersive virtual reality experience, there’s so much content and so much delicious fan service that it’s impossible not to enjoy a few games of near-realistic VR pinball while Grogu watches you from a distance.

A copy of the Star Wars Pinball VR game was provided by the publisher.

How do you load…

This source has been very much helpful in doing our research. Read more about star wars vr games and let us know what you think.