For every social Chad, with the charisma of a TV salesman in ten different group chats, the poor soul in the corner is concerned with how to greet a teacher.

Animation is no different.

And we have a lot of socially awkward, strange and just plain creepy characters.

I bet many of us can relate to times when we had the social skills of an old boot.

So I thought it would be fun to discuss the most annoying characters of the anime.

I hope it’s not too close to my house. 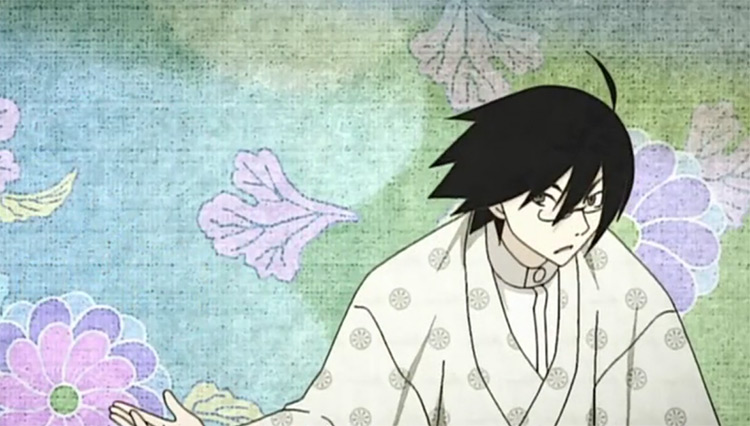 There is nothing wrong with being mentally healthy or seeking help if you are depressed. But my boy Nozomu went too far.

He sees death and depression in everything he looks at and makes his opinion very clear.

Every time he sees someone sad, he tries to make a double suicide pact with them, even if they are his students. Even though he’s never had to deal with them before.

Yet he stands out in this list because he is not shy at all. But if what I’ve said so far doesn’t seem like the most social thing in the deaf world, then maybe you should cut your time on Tumblr short.

Olivia’s brother is one of the few men with a beard who made it into the anime.

The man is definitely confident and probably not uncomfortable.

But not everyone around him probably shares those feelings.

The way he talks sounds straight out of r/iamverysmart – and his otaku nature is definitely on the higher end of the spectrum.

Don’t get me wrong, I love anime and Japanese culture. But as soon as you start talking about real life as the underworld, something is wrong.

He also literally spits on people, which is very disgusting. 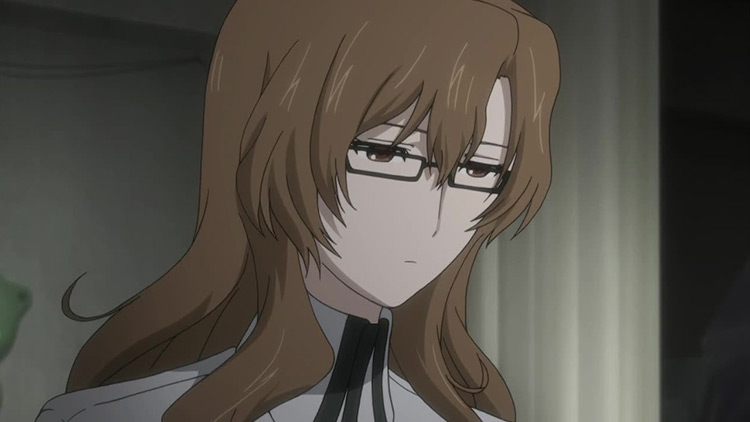 I think it’s safe to say that most of us would rather text than talk on the phone because our generation is built on awkwardness.

But Moeka really shifts up a gear.

Even if she is in the same room as you, she will answer any question over the phone, no matter how serious the situation.

She is usually very aloof around people, but she becomes obsessed when she likes you. 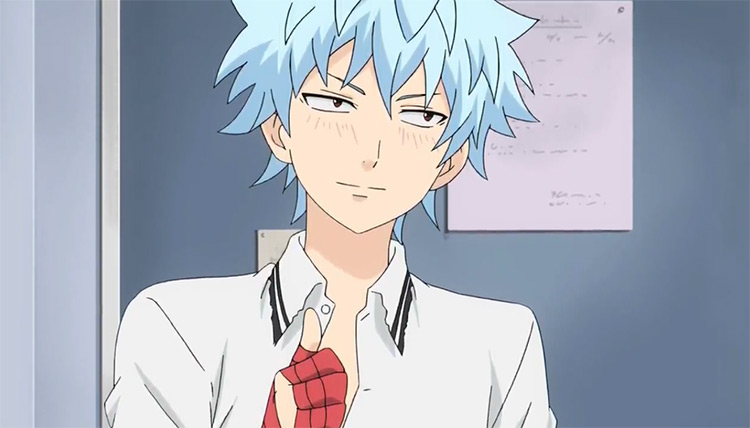 I really like Shun, but my boy is grumpy as hell.

The fact that he has a theme song every time he starts his roleplaying/thinking proves enough that he’s mentally in a completely different anime than the rest of the class.

It’s a safe place, we can be honest here. 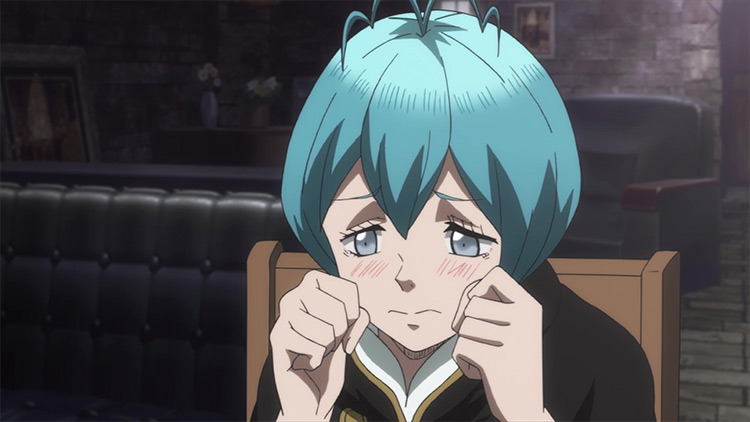 Grey is so awkward and shy that she can barely function as a magical knight.

She can’t stand people looking at her, and is constantly forced to hide her face or turn into one of her teammates.

She also has great difficulty communicating with people and tends to stutter when conveying simple messages.

Marry on Grey would probably be the biggest fan favorite Black Shamrock has ever seen. 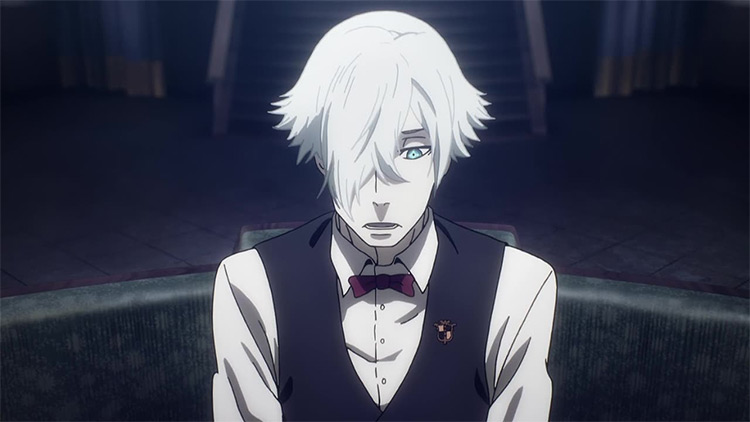 Since I don’t want everyone on this list to be just extreme blowhards, I thought it would be a good idea to address a completely different type of awkwardness.

Decimus doesn’t understand people very well and wouldn’t be able to read a play if his life depended on it.

He is very dedicated to his work and really tries hard to be a good judge of character.

But in the end, he can’t see through the facade that most people put on.

As a result, he has made some questionable decisions and convicted people who only lied for the benefit of others. 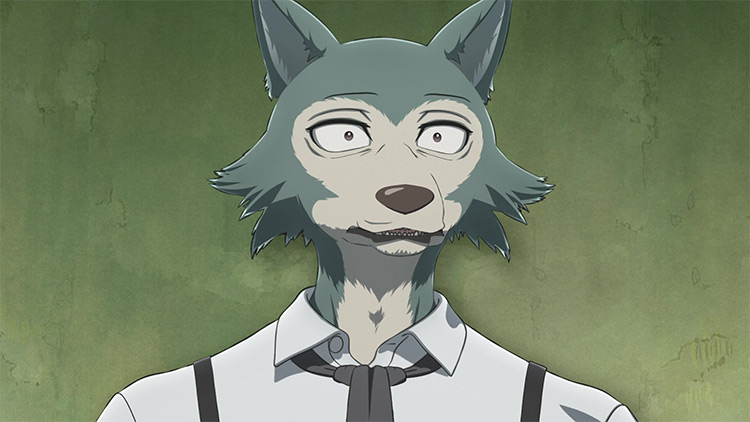 Legosi’s awkwardness is a direct result of the cards he was dealt in his life.

Because he was not only a predator, but extremely large and intimidating, he spent most of his life with his head down and his tail between his legs.

Because he never wanted to bully his classmates, he became a socially awkward boy who couldn’t stand confrontation.

And don’t get me started on his first experience with Haru. That was the worst blunder I’ve ever seen. 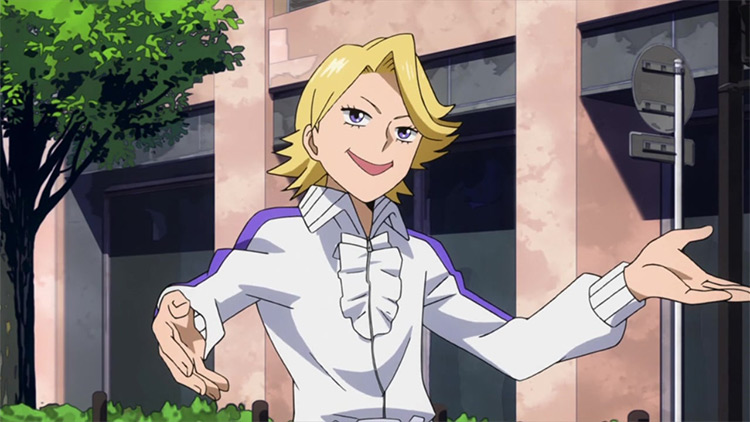 Aoyama is too redundant.

Honestly, bless her little heart for being so innocent about her own person. But my buddy would definitely find his place in some compilations.

Because his quirk is a little weird too, especially when he has to use it while sitting on his back like a turtle. Aside from the fact that his costume is heavily infused with the fairy tree, I think it’s safe to say that he stands out.

His behavior is also a bit embarrassing, because I’m sure no sensible person would come up with the idea of leaving a message of cheese in someone else’s window at night. 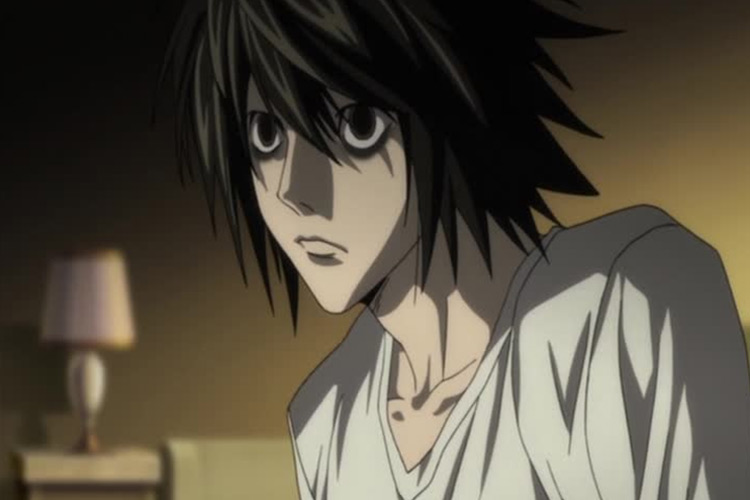 Anime: A note from the dead

Put down the fork and let me explain.

There is no doubt that L is the ultimate villain and we all love him.

But if you were to apply his actions and/or personality to anyone in your life, you would discover that he is a bit of a grump.

I want you to really think about how you would feel if someone you hadn’t known for a month or two suddenly started wiping their feet with a towel and then offered to give you a massage.

Was the scene powerful and poetic? Yes.

But was it really that dirty? Yeah, me too. 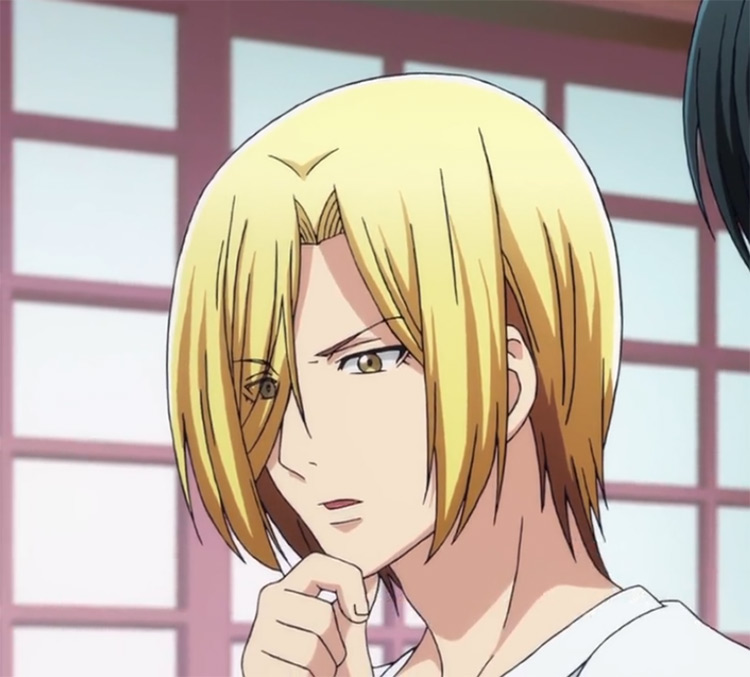 Putting Kitchener here is like putting himself here, but it has to be done.

There is a time and a place to show your love for anime.

The first day at college may not have been the best decision.

It also doesn’t help that he kept asking where the high school girls were, again while he was studying, and then started crying when he realized they actually went to high school.

I love this guy.

But it is certain that it will then experience a serious social upheaval. 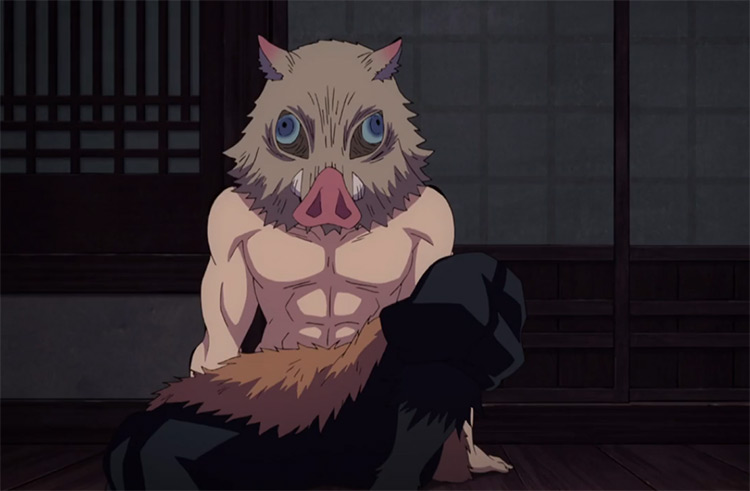 Social skills, as young adults, we learn from those around us and refine our adult lives.

Or we figure it out through YouTube channels, depending on what works.

But if you were raised by bears, it’s not so natural.

At first, Inosuke understands nothing but violence and constantly misunderstands the situation, which leads him to yell at people who are only friendly to him.

While this mindset is probably helpful when you’re fighting for your life, it’s a death sentence when it comes to your social life. 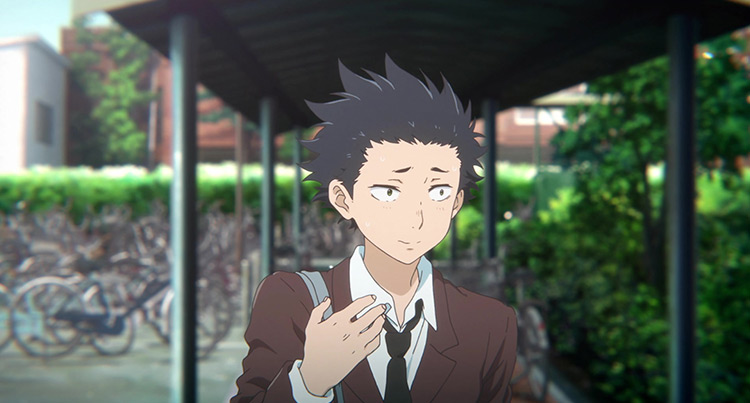 Shoja is much like Legosi in that his clumsiness is due to the nature of his injury.

However, he was not born with it, but it is the result of his own actions.

After being outcast as a bully at a young age, Shoja becomes very lonely and awkward and loses the ability to look people in the eye in the hallways.

It gets better with time. But those years were not easy for him. 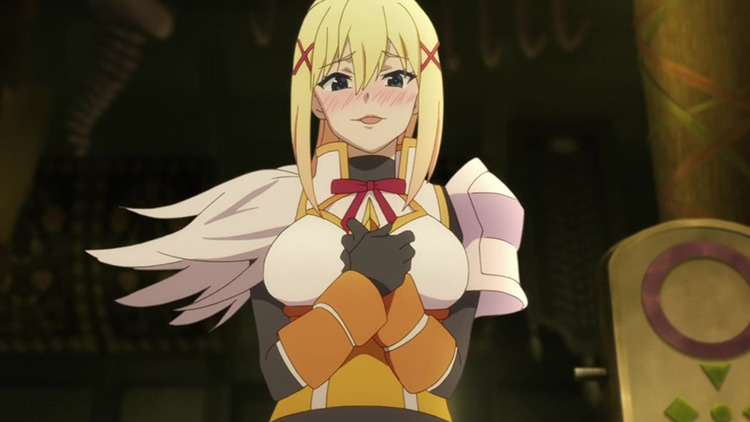 Okay, you need to turn off your hormones for this.

Even though the girls in the anime are all pretty and good, and I’m sure some of you will say that would be sexy in real life….. it’s not.

At least not in the way that darkness does.

Someone who drops out because they’ve been called an idiot or told they could die on duty should be a wake-up call to everyone around them. 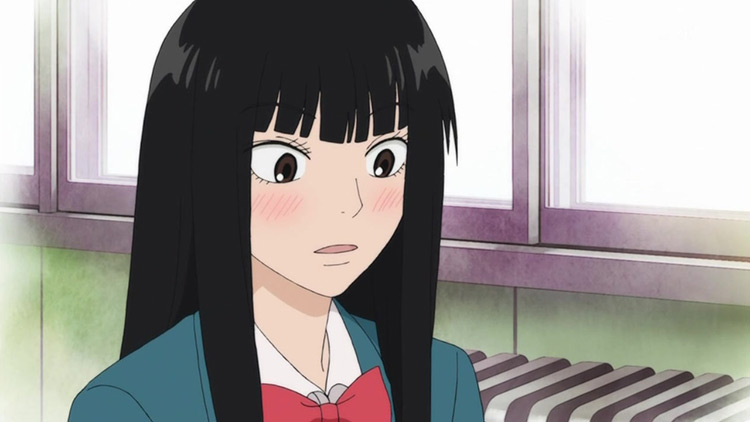 Anime: Kimi Ni Todok: From me to you.

Judging yourself by your appearance is like being the ultimate nerd in life, because people can immediately form strong opinions about you.

Sawako has a lot of problems, because people legitimately think she’s a ring girl who married her soul or something.

Of course, that means Sawako didn’t get to practice her social skills. And as a result, she became extremely shy and awkward. 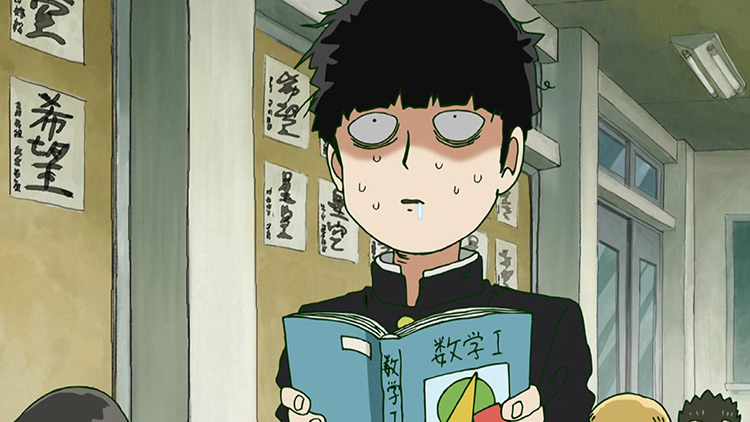 As the saying goes: With great power comes great responsibility.

You spend your days saving the city while your colleagues discover their hormones at parties.

And what really makes Mob one of my favorite characters in the whole anime is that he consciously works on his awkwardness and really tries to improve.

He starts working out with some really cute gym buddies, and even starts defending himself.

The road has been bumpy, but it’s safe. 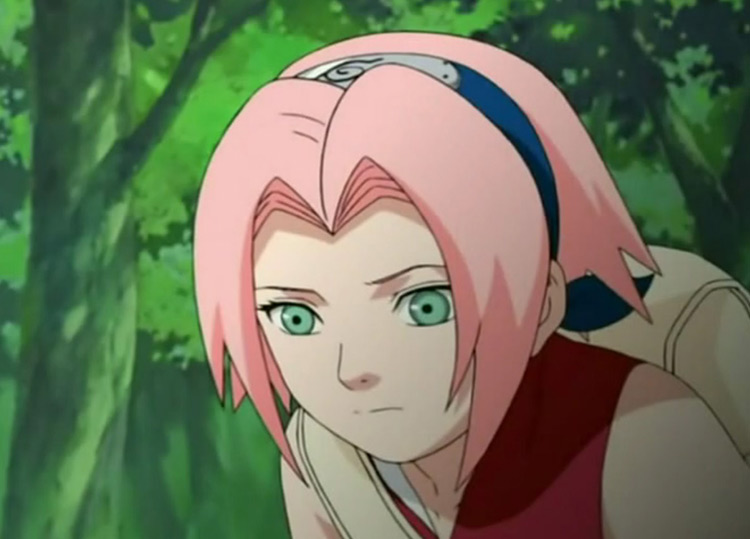 Although the characters in the show never recognized her as such, Sakura was extremely excited.

She is obsessed with a guy who has stabbed her more times than he has admitted to having feelings for her. I mean, it’s just embarrassing.

Equally disgusting is the fact that she constantly talks about being on the same level as her teammates, while doing absolutely nothing and screaming for a big, strong man to save her.

But what really struck me was that she still has the guts to defeat Naruto, the man who literally saved her life countless times. 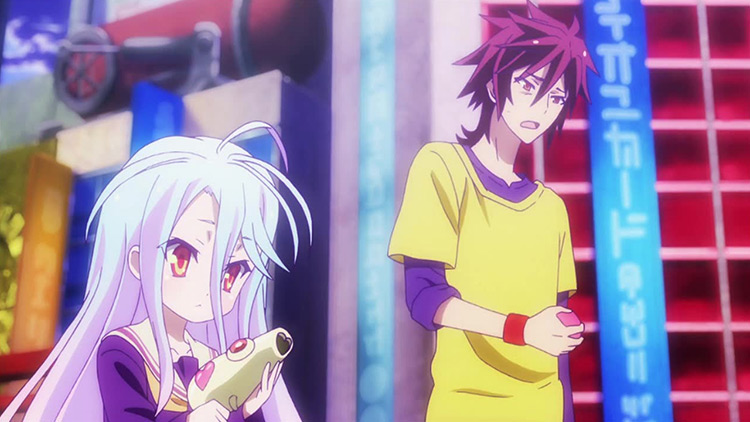 Anime: No game, no life

Sora and Shiro are a funny duo, as they are both charismatic and incredibly awkward.

That’s because they can only really work when they’re together.

But there are only a few feet between them, and they literally become too uncomfortable to leave the room, let alone talk to anyone or do anything productive.

Fortunately for them, they rarely get divorced. But when they do, it’s just a clown party. 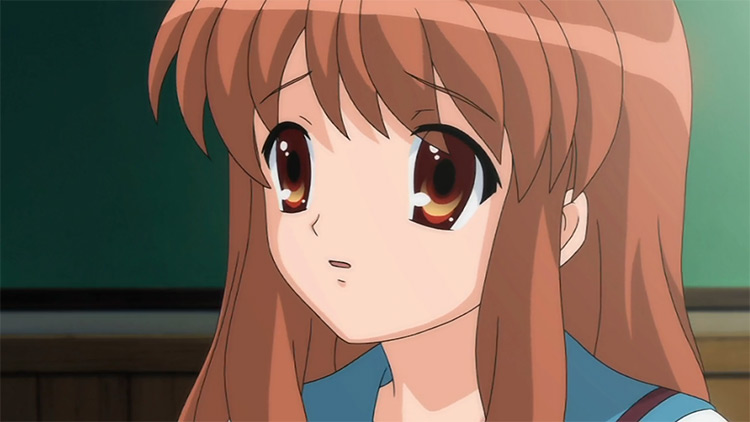 Anime: The melancholy of Haruhi Suzumiya

Mikuru looks like a cute lost puppy all the time.

She’s kind and helpful to everyone, but she can’t defend herself. Even if his life depended on it.

She just hangs around and screams when Haruhi bullies her for the tenth time this month.

Even though she doesn’t seem to care afterwards, I really wish she would get over her embarrassment and call the police or something. 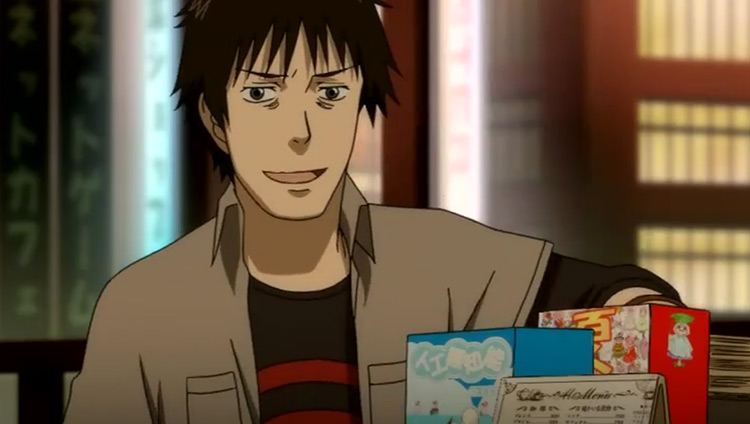 Anime: Welcome to the NHC.

The entire series revolves around Tatsuhiro’s struggle with his mental health and social awkwardness.

And not in a cute, flaky way.

I have to go into spoiler territory to prove my point, so spoiler alert:

Aside from his obviously depressed state, one can’t help but find it disturbing that a character can be so inept that he almost loses his life. 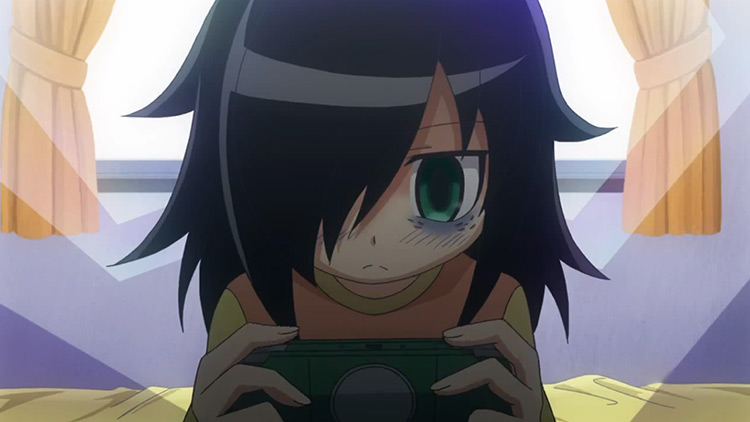 Like my previous choice, this series doesn’t mince words when it comes to portraying very uncomfortable people.

Tomoko is so unpleasant and disgusting that we, the audience, sometimes have to wince to get rid of the disgust.

She desperately wants to be popular and belong. But she doesn’t seem to understand manners and has often made a fool of herself.

Which is pretty realistic, because let’s face it, we all panic a bit when we’re young.