Final Fantasy XIV Endwalker: Tips and Tricks You Should Know

The latest Final Fantasy XIV release, the Endwalker, has had a positive reception among fans, with Square Enix reporting more than twenty-two million registered users. The game also received the highest positive rating on Metacritic in 2021. However, like most MMORPG games, Final Fantasy XIV Endwalker is as exhilarating as it is challenging.

Lucky for you, we’ve compiled some of the most effective tips and tricks to improve your experience and make the most out of it.

Read on to learn all these amazing tips and tricks to kickass in Final Fantasy XIV Endwalker.

Don’t Worry Too Much About Selecting a Class

Choosing classes partly contributes to the confusion when playing Final Fantasy XIV Endwalker for the first time. The differences between classes are largely cosmetic with negligible tactical or strategic advantages.

However, you should know that each class plays a different role, which turns into jobs at advanced game levels. So choose a character suited to the roles you love and you’ll be fine.

Here’s a quick rundown of the different roles and their classes. FFXIV has three main roles: Damage dealers or DPS, healers and tanks.

Tank roles can take on sustained attacks and are best for leading the siege. Healer roles are highlighted in green, and their major role is supporting DPS and Tank roles by casting protective shields or healing them.

DPS roles have red icons and deal severe damage to opponents. Their attacks can be close-ranged melee attacks or long-range attacks. Pick a class and level up your character as you advance through the game.

Find Friends in the Game

While the FFXIV gameplay has plenty of solo missions, advanced levels with dungeon battle scenarios involve multiplayer settings where you collaborate with your battle buddies to defeat boss characters that are hard to kill by yourself.

An individual class wouldn’t withstand a sustained attack in battles at advanced levels, and the only way to be successful is to form an effective battle group with other classes that complement your abilities. For instance, if your character is a melee damage dealer, you’ll need buddies with healer and tank roles, and probably physical ranged and magic ranged DPS roles.

An optimized group of battle buddies may mean the difference between quick progress at higher levels and being stuck at a level.

Take Advantage of the Free Trial

Unlike some popular action role play games such as Path of Exile, Final Fantasy IV is not free to play. In addition to purchasing the game, you will need to pay a monthly subscription with the cheapest package going for $12.99 per month. However, you can advantage of the free trial version which will not cost you a dime.

Although there are some restrictions, you can play the game free for more than 100 hours and access crafting, dungeons, and raids. The free trial doesn’t include the End Walker expansion but you will enjoy all content on Realm Reborn and Heavensward.

Experience Points (EXP), FFXIV Gil, and Beast Tribe Reputation points are the in-game currency that is crucial to leveling up your character with equipment and skill stat upgrades. To earn some dough, you will need to complete daily squadron missions, class quests, main scenario quests, daily hunts, and beast tribe quests.

To maximize your earnings, only participate in quests with the most earnings and least risk for your level. Similarly, spend your earnings on upgrades that grant your character the most benefits. Some of the upgrades to choose from include:

Also, join free companies/ guilds to get 15% EXP bonuses. Another helpful tip is to always log out in your sanctuary, which will grant your character an extra 50% EXP bonus on all kills once you’re back in the game.

On Levelling Up Fast

The easiest and most effective way to quickly level up your character is to focus on completing Class and Main Scenario quests. However, this strategy is not enough, especially when you get to levels 50 and 60, where bonuses and rewards are reduced and EXP requirements almost double.

Some of the things you can focus on include completing hunting logs, FATES, challenge logs and daily roulettes. Further, if you choose to have a Chocobo, you can level it up by giving a Thavnairian Onion. This ensures your Chocobo keeps up with your rapid progress.

A key factor in leveling up is ensuring your character is sufficiently equipped and skilled when completing quests and challenges. Earning Gil takes time, but you can buy FFXIV Gil for endless skill and equipment upgrades on short notice.

Steer Clear of Area of Effect

The area of effect (AoE) is typically highlighted in red whenever your opponents launch attacks. It signifies the attacks’ effective range.

In most games, dodging direct hits from opponents is enough to keep your character alive. The same is also true in FFXIV Endwalker, only that the AoE feature can only work as a guide to help you dodge attacks.

Some of your opponents’ AoE may not be significant enough to dent your HP if you’re in its fringes, but as you progress higher, some AoE may cause severe damage or kill your character on first contact. It would be best if you conditioned yourself to generally avoid all AoE’s in preparation for when you face off superior opponents.

Travel Faster Between Locations Using A Chocobo or Teleportation 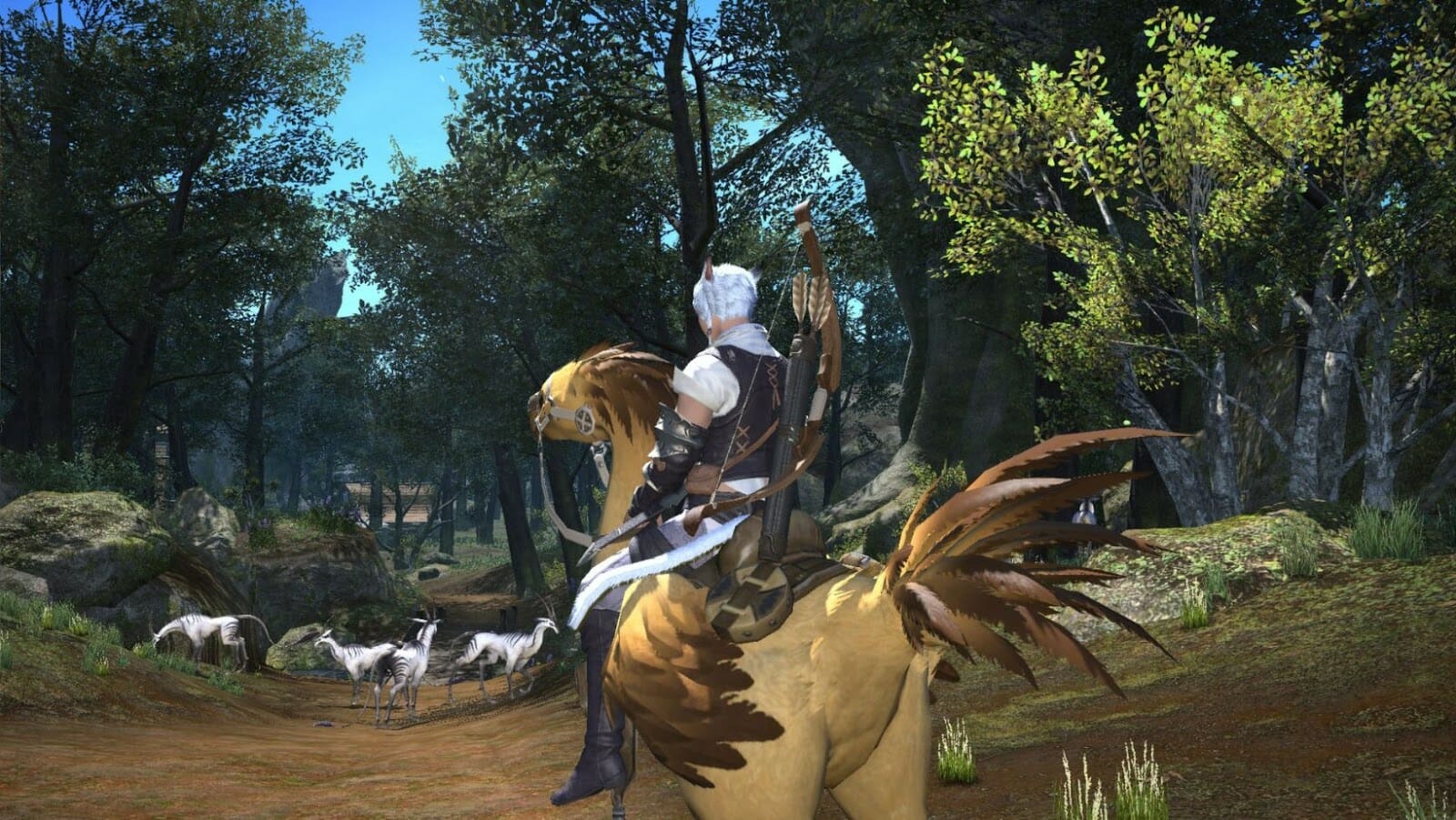 Don’t let FFXIV’s picturesque landscape fool you into wandering aimlessly. Wasted time on the game translates to lost EXP, Gil and other valuable collectibles you could use to level up your character.

Use the teleportation utility in the game or Chocobo, your character’s adorable companion, to travel almost instantaneously between locations in the game.

Chocobos are the next best thing after teleportation to quickly move around in Final Fantasy. You’ll get to enjoy the scenery while moving around as a plus. To get a Chocobo, you must choose Grand Company, get at least 2000 Grand Company seals and be above level 22.

Stick to Battles You Can Handle

Seek out battles with inferior opponents you’re certain to defeat. In all versions of Final Fantasy, levelled-up characters always have considerable tactical advantages. They can heal faster, withstand more damage and cause severe damage with their attacks.

It would be best if you also avoided mob kills involving many advanced players. In such scenarios, you may suffer considerable damage with less or no EXP rewards since players are rewarded based on the amount of damage they cause in mob kills. However, if you believe you can cause significant damage typically >30% +, go ahead but avoid retaliatory attacks as much as possible.

Advanced playing skills may help you kill a few opponents, but the system will always favor leveled-up characters. Spec up your character whenever you can with the most powerful equipment and skill upgrades.

Remember, Final Fantasy XIV Endwalker has much to offer, and while trying out these tips ensure you enjoy playing the game.

Imagine being able to go back to medieval times and create a world that is all your own. Doing so...

Betting is a broad category covering almost all areas in life that you can bet on. In addition to sports,...